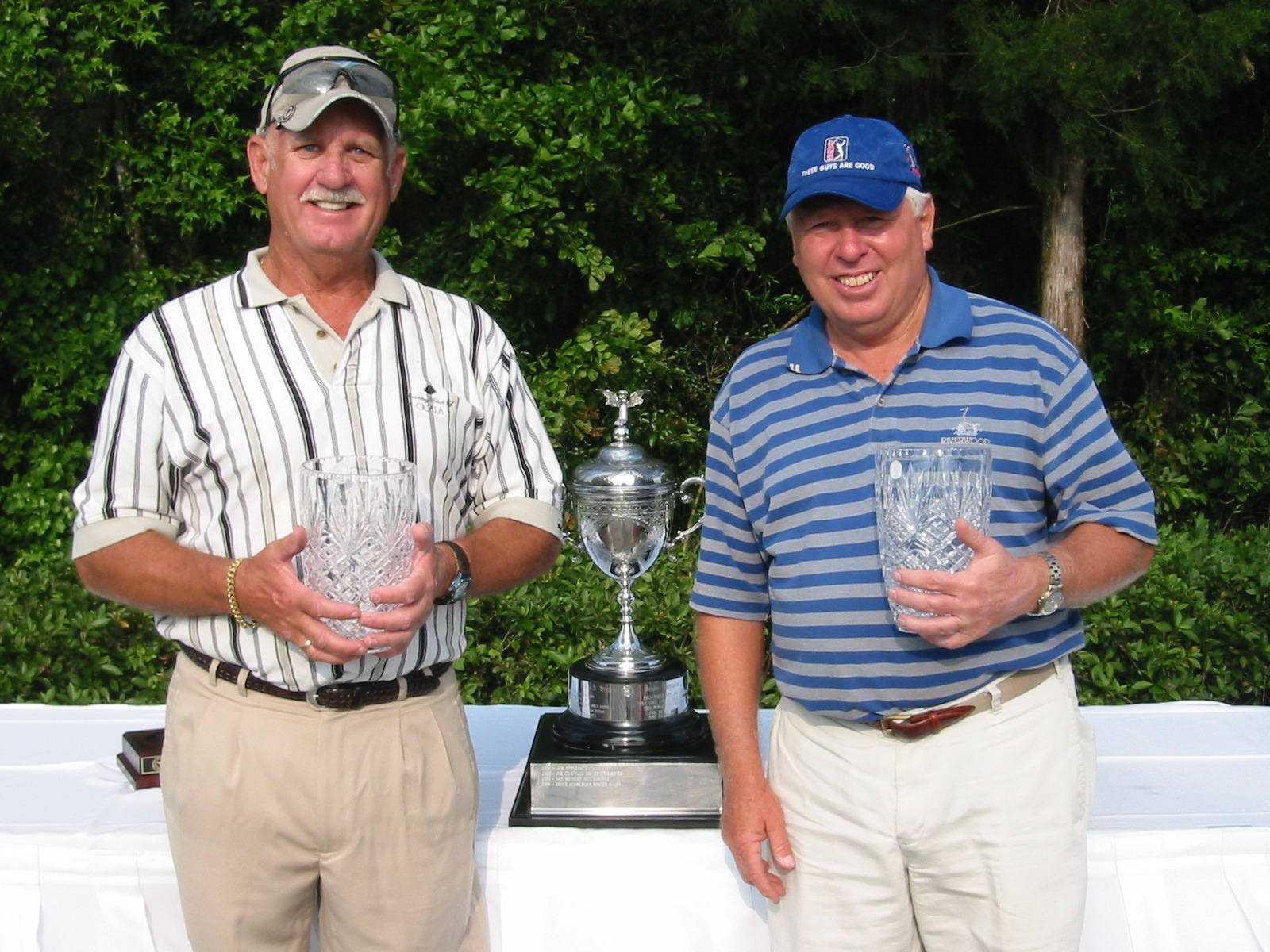 Edward Craig, 62, from Orlando, fired a 76 in the final round to clinch the title with a 217 three-round total. Craig had two birdies on the front nine to make the turn at 35. On the back nine, Craig held on with a 41 to seal the Championship by three strokes. Craig said, “My putting really helped me on the front nine.” Not knowing where he stood in contention, Craig “thought he needed a 2-putt on the 18th hole to win.” Craig led the entire tournament with rounds of 70-71. After not playing a practice round, “I feel very fortunate,” Craig said. “This is such an excellent course, I really amazed myself.” In a three-way tie for second, Kim Schwencke, AB Sisco and Rick Woulfe each shot a three-round total of 220. Schwencke, of Temple Terrace, and AB Sisco, of Pensacola, continued in the final round to shot a similar score of 76. In the first two rounds, each posted a 71-73. Rick Woulfe, of Fort Lauderdale, fired a 1-under par 71 in the final round for a share of second place. Woulfe recorded a 74-75 in the first two rounds. Defending Champion Bruce Scamehorn, of Winter Haven, finished six strokes back from Craig with scores of 78-70-75.

In the Super Senior division, Rennie Law, 65, of Tampa, shot his low round of the tournament, 73, to jump into first place and win the Championship. Combined with scores of 74-75, Law won the Super Senior division with a three-round total of 222. In the final round, Law posted a 35 on the front with birdies on holes five and six. “I played solid today,” said Law. A 1996 US Senior Amateur finalist, Law has also competed in two US Senior Opens. Roger Nichols, from Ponte Vedra Beach, took second place after his final round of 72. Nichols shot a pair of 77’s in the first two rounds for a 226 total. Chuck Smith, of Naples, the 1995 Senior Champion, shared third place with second round leader, Bill Feehan. Smith logged a 75-76-76-227 while Feehan, from Marco Island, shot a 78-70-79-227. 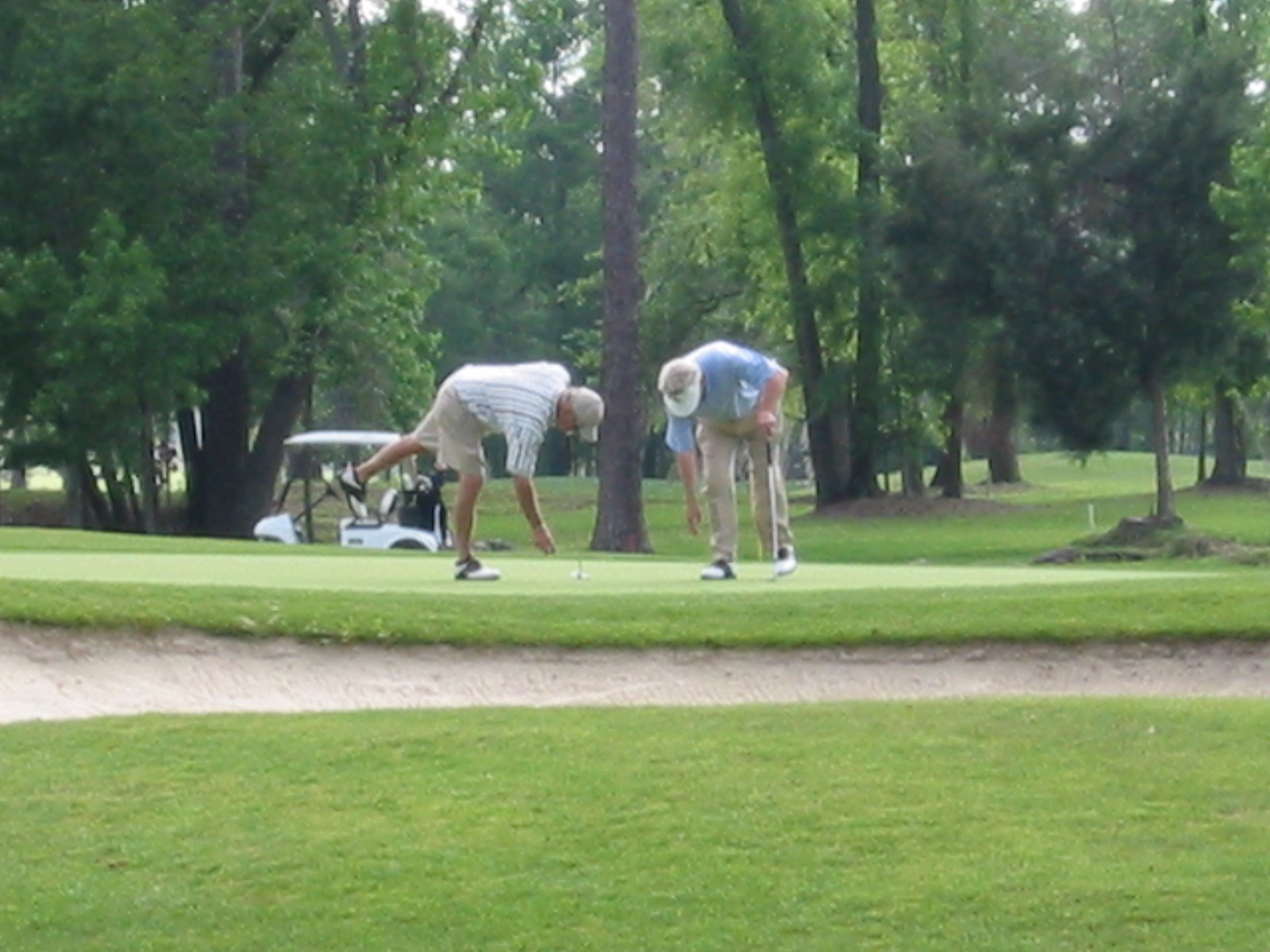 Since the number of entries received has always surpassed the capacity of the Championship, a qualifying stage was instituted this year. While 92 players earned exempt status through a variety of different means, over 240 competitors attempted to qualify to complete the 156 player field. Players competed in 18 holes of stroke play hoping to advance to the Championship. Participants must be 55 or older to participate in the Championship and enter one of the age divisions, 55-64 and 65 & over. Competitors play 54 holes of stroke play over the course of the three-day event.

The Senior Championship is for those individuals over the age of 55. Two age divisions, 55-64 and 65 and over, will compete over three days in 54 holes of stroke play. The field is flighted after 36 holes.

Designed in 1986 by Ron Garl and then renovated in 2001, Golden Ocala was one of the first tribute courses, with replicas of famous holes from around the world. There are eight replicas--Augusta National’s Amen Corner 12th-13th & 16th, St. Andrews’ 1st & Road Hole 17th, Royal Troon’s Postage Stamp 8th, Muirfield’s 9th, and Baltusrol’s 4th--plus ten original holes.

Individuals who successfully advance to the Championship through qualifying must pre-register and remit $200 either online at the FSGA website at www.fsga.org or by check to the FSGA office for payment of Championship fees. Payment must be received by Thursday, April 7 or the individual will be withdrawn from the Championship.

Exempt players will only be charged the $200 Championship fee.

The following exemptions earned are applicable to either the regular or super senior age divisions (provided age requirements are met):

The following exemptions earned are applicable only to the super senior division:

(An exempt player shall meet all entry requirements and must submit a complete entry prior to deadline.) Bruce Scamehorn of Winter Haven carded a 69-74-143 to win the title by five strokes over Don Lucas of Lithia at the Royal Palm Yacht & Country Club in Boca Raton as weather shortened the Championship to 36 holes. Moot Thomas of Ocala logged a 76-74-150 to snare the super senior division title by six shots over former super senior champion Bob Harris of Boynton Beach.