A J Kroeger went wire-to-wire to capture the 51st Senior Amateur Championship at Lake Wales Country Club in Lake Wales on April 10-12.A J Kroeger, of Apopka, outlasted the field of 144 players to win the 51st Senior Amateur Championship with a tournament total of three-under par 213. In the first round of play Kroeger posted a three-under par round of 69, which included six birdies and three bogies, to hold a one stroke advantage. A J expanded his lead after the second round of play, with another round of three-under par 69. Kroeger would take a two stroke lead into the final round after posting a two round total of six-under par 138. Click here to read more.


Lake Wales Country Club was built in 1926 and designed by Donald Ross, the nations first great golf course designer, and the man who laid out Pinehurst No. 2 in North Carolina, Oakland Hills in Michigan and Seminole Golf Club in Florida.

54 holes of individual stroke play. The field of 144 players will be cut to the low 60 and ties after the second round. There will be a hole by hole play-off immediately following play in event of a tie for first place only. It is the player's responsibility to be present for any playoff. Initial groupings will be for two days; the field will be re-paired by score after the second round.  Round three tee times will start at 8:00 AM off of the first & tenth tees. 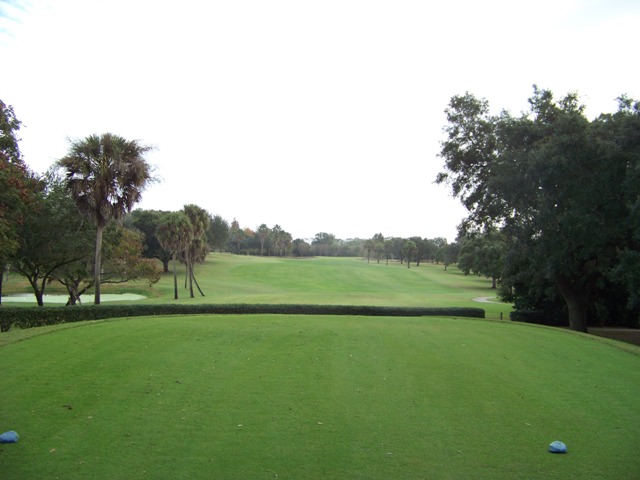 Qualifying Fee: $70 ($80 - members who do not have an active FSGA/GHIN Handicap). Qualifying Fee includes Entry Fee and cart fee.

Those individuals who advance to the Championship through qualifying must pre-register and remit an additional $240 either online at the FSGA website at www.fsga.org or by check to the FSGA office for advance payment of Championship Fees.

New for 2012, Championship Fees include lunch after each of the first two rounds and a Player Dinner. Payment must be received by Wednesday, April 4 by 3:30 pm, or the individual will be withdrawn from the Championship. Championship Fee includes cart fees for all competitive rounds.

$260 ($270 - members who do not have an active FSGA/GHIN Handicap). Exempt Fee includes Championship Fee (includes lunch after each of the first two rounds and a Player Dinner) and Entry Fee for those individuals eligible for exemption. (See below)

Jim Carley, of Ormond Beach, won the title by shooting 67-69-72--208 at the Ritz-Carlton Members Golf Club in Bradenton.

Players are responsible for practice round cart fees at qualifying sites and at the Championship Proper.

There will be a registration table set up from 10:00 AM - 4:00 PM at Lake Wales Country Club to pick up your tee gift and player information the day before the Championship.  This is NOT a mandatory registration. Tee gifts and additional player information will be available for pick up before the competitive rounds for players not playing a practice round on Monday. If we have received your payment for your Championship Fee by Wednesday, April 4th you have pre-registered for the Championship.

Practice rounds are available after the field is set on Wednesday, March 28th. Please call (863) 676-6519 to arrange your practice round. The proper place to practice your golf swing is on the driving range, hitting multiple shots on the course is unacceptable.