Quintessenza Wins by 4; Feng Wins by 1 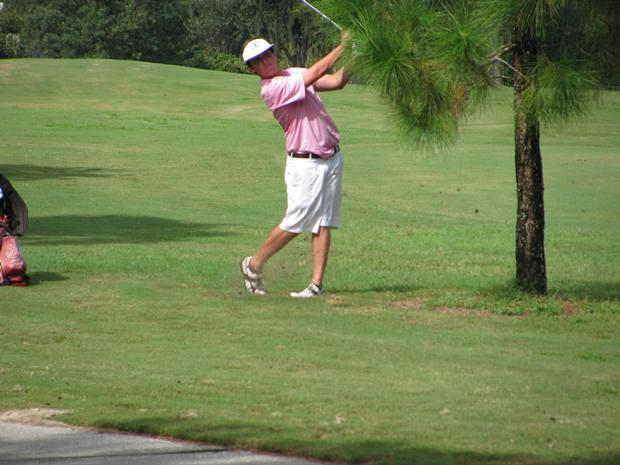 Eighty-two juniors teed it up at the Florida Junior Tour event at Lake Jovita Golf & Country Club in Dade City in this weekend. The weather was warm and the wind was very light which made for perfect scoring conditions.

In the boys division, Anthony Quintessenza and Christian Anderson were tied atop the leaderboard with two under par 70's in the first round, but many players were within striking distance. In Sunday's final round Quintessenza, from St. Petersburg, got off to amazing start. He birdied the very difficult first hole and then eagled the par 5 second hole. He then birdied the fifth hole and then threw in another eagle on the par 5 ninth hole for a six under par 30 on the front nine to make the turn with a large lead. He added a birdie on the tenth hole to go to seven under par on the day, but two bogeys and a double bogey on the back nine moved him back to three under and a 69 on the day. Quintessenza finished the tournament with rounds of 70-69--139 (-5) for his first FJT win.

In the girls division, Erica Stoner held a one stroke lead after the first round with an even par 72 over Yueer Feng. Many girls were within just a few strokes of the lead heading into Sunday's round. After their first nine holes in the final round, Stoner, of Ocala, and Feng, of Orlando, were tied and Sammi Lee, of Winter Park, was just one stroke back. On the front nine (their final nine holes), Feng pulled ahead with birdies on the second and fourth holes. Feng held a one stroke lead over Stoner and a two shot lead over Lee heading into the final hole. Both she and Stoner made a par, but a group pace of play penalty turned their pars into bogeys. Lee, who played in the group ahead, watched as Feng held on for a one stroke victory.

Tournament rounds will be played on the South Course.

Lake Jovita's two championship courses were built through an area of rolling hills and large oak trees just north of Tampa.  Lake Jovita's golf amenities include a highly rated Golf Shop (Top 100 in America by Golf Business World) and a world-class fifteen-acre practice facility with bunkers and chipping area, and a one-acre putting green..  The FSGA has used Lake Jovita for Championships, FJT Tournaments and USGA qualifiers for many years.

To receive the GHIN handicap price, the player, or one of the players' parents must have an active GHIN handicap at a club in Florida. The seven digit GHIN number must be submitted with the entry. 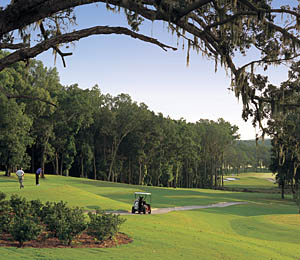 This event is ranked by Junior Golf Scoreboard.

Registration will be available prior to the first round. ALL players are expected to register. General tournament information will be distributed at registration.