The clear morning skies on Saturday at The Country Club of Winter Haven turned gray and rainy by the afternoon causing round one to be suspended and resumed Sunday morning. The players arrived at the course early Sunday to complete round one and continue on to play the final round. After round one was complete four teams tied for first with lackluster 68's. The teams of Ed Tompkins/Devin Hernandez, Mike Riley/Rob Maddox, Randy Elliott/Thad Hudgens, and Bill Moore/Matt Jackson started round two tied at the top. Seven teams tied for fifth place after round one, one stroke back, with a three under-par 69. The highlight of round one came from Edward Parnell when he aced the second hole with his first swing of the day Sunday morning when play resumed!

The field was flighted into a Championship flight, scores 68-72 and a First Flight, scores 73 and above after the completion of round one. Three teams tied for first in the First Flight at one over-par 73. These teams included Adam Krestalude/David Houghton, Alan Pope/Murray Hixson, and Kasey Denesevich/Douglas Ritter.

Sunday’s final round saw a shift at the top of the leaderboard in the Championship Flight as the team of Jon Veneziano, 2015 Mid-Amateur Champion, and Doug Snoap came from behind! Veneziano, of Mount Dora and Snoap, of Apopka seemed to be golfing robots birdieing every hole, with the exception of one par on the 14th hole, on their first nine holes (the back nine) to shoot a remarkable 28! The team finished with a three under-par, 33 on their final nine holes to post an outstanding 11 under-par, 61. After a first round of 69, the pair captured the win with a 14 under-par, 130. Five strokes behind in second place was the team from Vero Beach, Bobby Bird and Matthew Avril, who birdied three holes on the front and three of the last four finishing holes, to shoot a final round six under-par 66. Three teams tied for third place at eight under-par (136) including, Kelly Gosse/Pete Williams, who were defending Champions, Stephen Anderson/Rick Woulfe, and Rob Maddox/Mike Rley. Another exciting hole-in-one was recorded on Sunday, this time during round two! Jeff Kerns aced number six, making it his third hole-in-one in the last three months!

In the First Flight, Kelly Seller and Kenny Davis shot an impressive final round to climb up to a victory. The team from Lakeland had three birdies on each the front and back nine to finish with a five under-par, 67 in the final round. With a first round of 73, tournament total 140, Seller and Davis won by one stroke over Adam Krestalude, of Ponte Vedra Beach and David Houghton, of Brewster, Massachusetts. The teams of Kasey Denesevich/Douglas Ritter and Andy Weber/James Hammons tied for third place with a 143 tournament total.

Four-Ball is one of the most popular and enjoyable formats in all of golf.  Partners play their own ball into the hole and take the better score for the hole of the two of them.  There will be separate tees for the mid-amateurs (25-54) and seniors (55 and older) to accommodate all players. For a look at the 2015 Championship Results, click here. 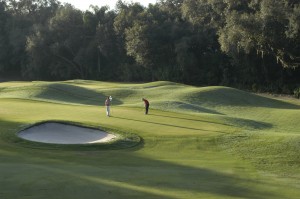 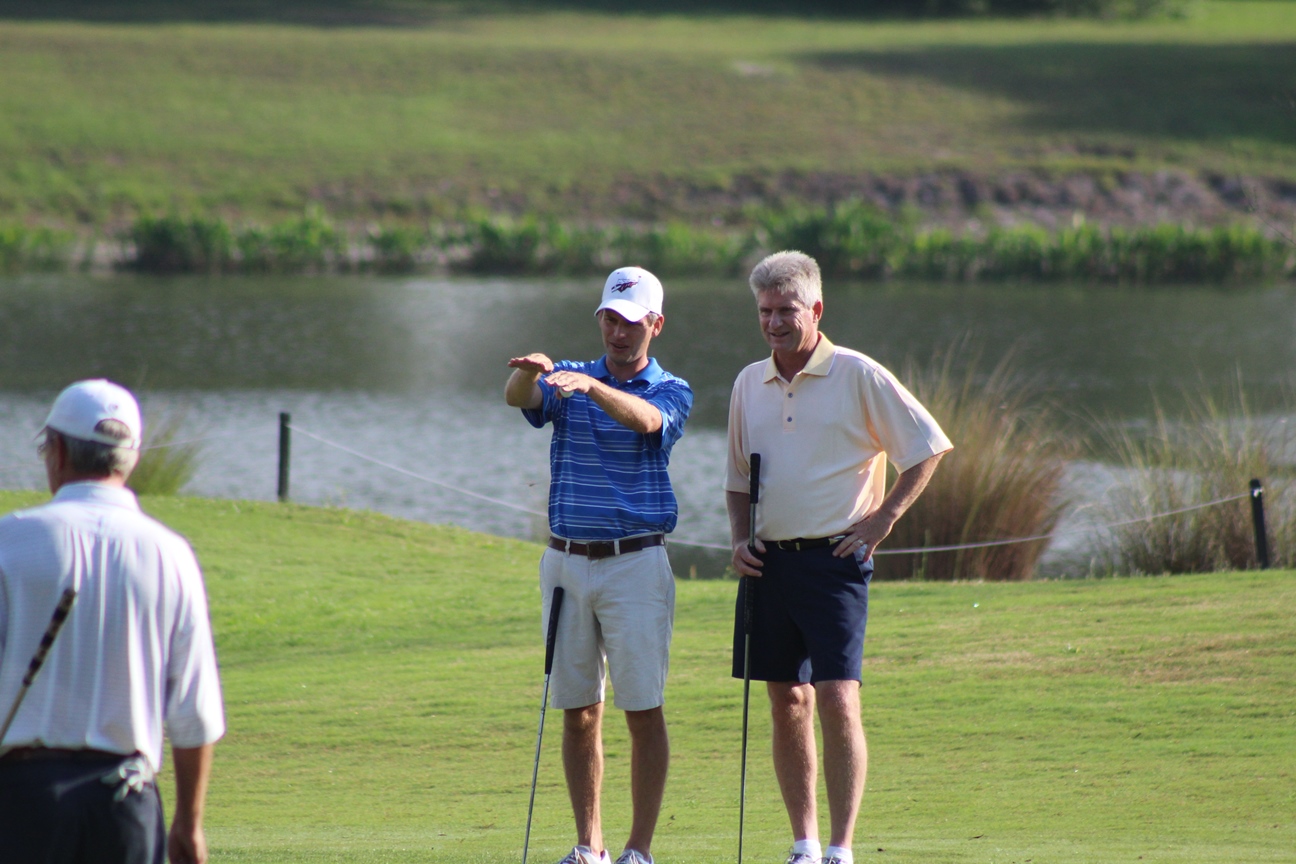 Only one of the partners per team needs to sign the score card and each score to count must be individually identifiable. See Rule 31-3. 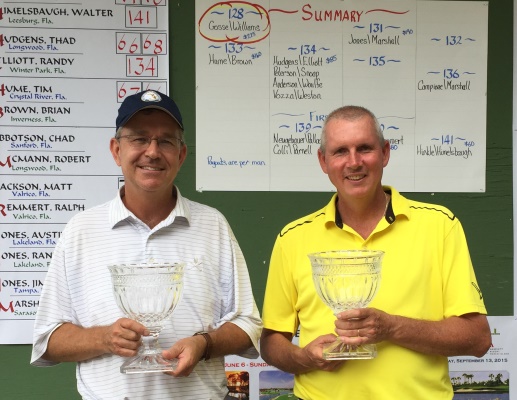 The team of Pete Williams and Kelly Gosse went wire-to-wire firing a two round total 65-63-128 to capture the 12th Senior/Mid-Amateur Four-Ball Championship at Victoria Hills Golf Club in Deland, Florida.

Directions to The Country Club of Winter Haven