Hess took an early lead after round one with the low round of the day, three under-par, 69. He fell from the lead after never recovering from a double-bogey on his third hole during round two, posting a three over-par 75. Dan Reagan advanced up the leaderboard playing steady golf with two under-par rounds of 71-70. Reagan, of Stuart held the lead after the second round by two strokes over Wyatt Meyer. Meyer, of Lutz posted an impressive two under-par, 70 in the first round followed by a round two 73 to chase Reagan from second place. Hess fell to tied for third place with James Smith leading into Despite falling three strokes behind after round two, Hess kept his eye on the lead heading into the final round. He followed up a bogey on number one with a birdie on number two and carded two more birdies on holes five and 11 for a final round two over-par, 74. Meanwhile, Reagan struggled not able to recover from two double-bogies in his final round and finished the day with a six over-par, 78. As Reagan faltered, Hess advanced to capture a first place victory by one stroke with a three day total of 218. Reagan tied Meyer for second place after Meyer’s final round of four over-par, 76. Meyer started his final round with a birdie on hole number one but had a couple of rough holes keeping him out of first place. Tom Grady, Berger Warner, and Peter Van Ingen tied for fourth place, two strokes back, with a tournament total 220. Robert Hess (pictured top left) earned his first FSGA win at Quail Ridge Country Club!

In the 70-74 Age Division, consistency was key for Champion Edward Craig, of Orlando who posted two even par rounds for a 144 total.  Craig (pictured right) started his final round hot with four birdies in his first six holes to turn at two under-par, 34. After a steady two bogies on his last nine holes, Craig overtook first round leader, Jim Brown, of Port Saint Lucie. Brown tied the low round of day one with a three under-par, 69 but he could not hold onto his early three stroke lead. Brown struggled on his final nine holes to a four over-par 76, 145 total, and second place finish. Craig’s one stroke victory adds to his growing list of Championship titles with the FSGA!

Three players faced off in a sudden death play-off to determine the Champion of the 75 and Over Age Division. Ron Audi, Harry Cain, and Max Matthews tied at the top after the final round with a tournament total of five over-par, 149. Ron Audi, defending Champion, ended the play-off quickly with a birdie on the first play-off hole to be crowned Champion. Audi (pictured bottom left) posted rounds of 76-73 for back to back victories! Audi played his final nine holes in one-under par which included a clutch birdie on this final hole to earn his spot in the playoff.

Join us in a reunion of golfers 65 years of age and older competing in one of our most popular events. The Super-Senior Championship offers a competitive Championship environment for golfers in a stroke play scratch format with three different age divisions from three different sets of tees. Enjoy a player's dinner on the eve of the first round and lunch each day included in your entry fee. For a look at the 2015 Championship Results click here. All players will be placed in the age division commensurate with their age as of the first day of the Championship.
No player may play in multiple age divisions. The golf course will be set-up at approximately: 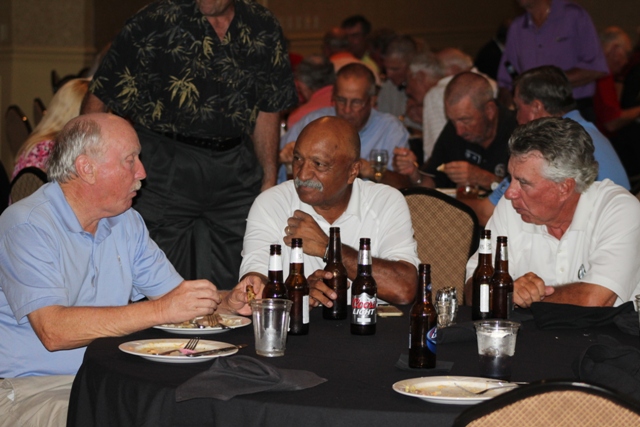 Practice rounds are available one week prior to the Championship.  Practice rounds may be played after 12:00 PM on the weekend.  The price for a practice round is $35 plus tax.  Please call (561) 737-5100 to arrange your practice round. The proper place to practice your golf swing is on the driving range; hitting multiple shots on the course is unacceptable. 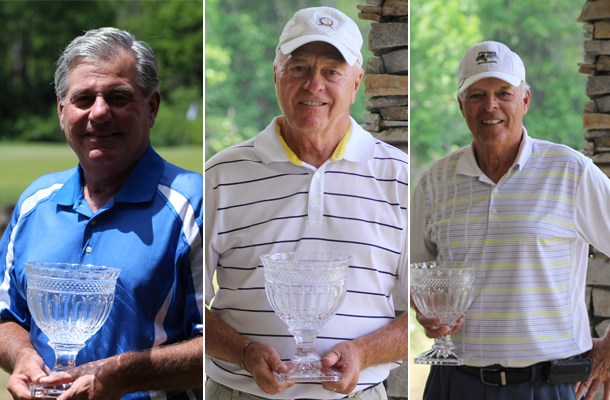 The 65-69 Age Division winner earns an exemption into next year's Senior Amateur Championship.

The Quail Ridge Country Club accepts CASH ONLY as payment.