Three Titles Won on the Dunes 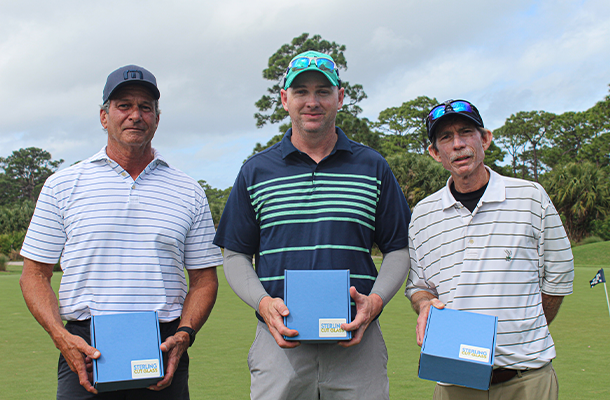 A five-stroke deficit was erased by Daniel Eggertsson, of Royal Palm Beach, to capture his first Winter Series win. Ben Adelberg, of Boynton Beach, took the early lead after a round one 75 and fell to fifth place after a second round 83 and 158 total. Eggertsson struggled in round one, starting the day at 6-over after five holes, to finish tied for fifth place heading into the final day. Birdies on the 11, 12, and 15 holes allowed Eggertsson to climb up to first place with a second-two 73. A two-round total of 153 secured Eggertsson a two-stroke victory. Julius Oppenheimer, of Jupiter, posted two consistent rounds of 78-77 to finish in second place at 155.

In the First Flight, Chad Skrivan, of Jupiter, scored seven strokes better in round two to finish in first at 83-76—159. Christopher Slade, of West Palm Beach, finished in second, five strokes back, and Todd Schmitt took third place at 165.

Despite tough conditions, Charles Siebrecht did not let first place out of sight with two impressive rounds of 73. Siebrecht, of Jupiter, carded four birdies in round one and two birdies in round two to capture the win by three strokes at 146. This victory marks Siebrecht’s first win with the FSGA! A second round red number of 1-under placed Randal Kroen, of Melbourne, in second place. Kroen posted a total of four birdies over two days to finish second at 149. Previous winter series winner, Joe Shaktman, tied Jerry Shulock for third with a 151 total.

David Tassell, of Jupiter, took first in the First Flight with rounds of 80-77 for a 157 total. Three strokes back finished John Felice, of Ponte Vedra Beach, with rounds of 83-77.

The tournament low was posted by Steve Sponder, of Plantation, to win his second winter series event of the year! Sponder birdied five holes in round one to take the lead by two strokes with a 3-under 69. Doug LaCrosse, of Tampa, lurked close behind after two birdies led to a round one 71. Sponder had a rough start to round two making the turn at 4-over. A birdie on the 17th hole secured the win for Sponder after finishing with a 78 in round two and 147 total. One stroke back finished LaCrosse after a second round 77. Carey Watson finished in third place after an even par first round and 149 total.

There was tie for first place between Glenn Guillemette and Jim Flagg in the First Flight. The two posted a two-round total of 164 to claim first by two strokes. Ray Underwood, of Naples, finished in third at 166. 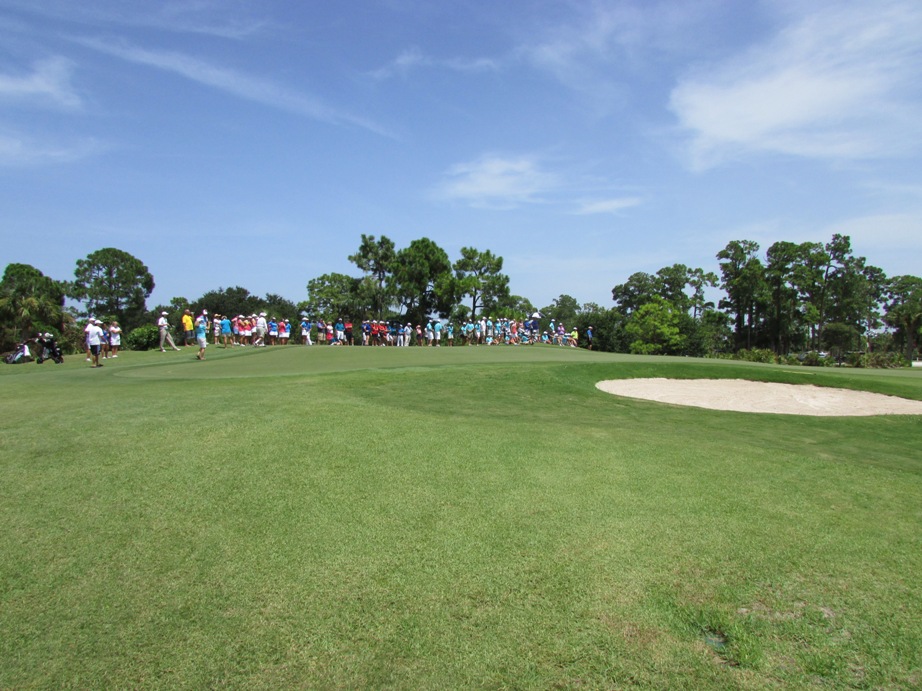 Practice rounds are available one week prior to the event on a space available basis and are restricted to after 12:00 PM on weekends.  To arrange your practice round please call the club at 772-770-5000. The cost of a practice round is $40 plus tax.