ORLANDO, Fla. – Over 400 competitors made their way to Orlando this weekend for the annual Parent-Child Championship. The 18-hole championship took place at Celebration Golf Club, ChampionsGate Golf Resort and Reunion Resort, while the 9-hole championship was played at the Walt Disney World Golf.

Three teams were crowned champions on Sunday at the nine-hole championship: David and Trevor Challice (10-12), Marie Arnoux and Axel Monssoh (8-9) and Matthew and Oliver Laverghetta (6-7). The nine-hole parent-child tournament was played at the Oak Trail course at Walt Disney World Golf. Using a stableford scoring method, the three divisions, 6-7, 8-9, and 10-12, competed in nine holes each day.

David and Trevor Challice captured the 10-12 Division with 59 total points. The duo carded two birdies and an eagle in the final round to secure the championship by one point.  DJ and CJ Holland finished in second place with 58 points, while Wade and Luke Gossett took third place with 57 points.

Axel Monssoh and Marie Arnoux used an impressive 62 points to win the 8-9 Division. Securing the victory with two rounds of 31, the pair posted four birdies in the final round to finish eight points ahead of the field. Monssoh and Arnoux finished the weekend bogey-free to capture their second-straight Parent-Child victory, after winning the 6-7 Division last year. Jack and Andy Green finished second with 28 points, while Chris and Nicholas Cona took third place with 50 points.

Matthew and Oliver Laverghetta were victorious in the 6-7 Division, finishing the championship with 49 points. The team was in second place after following the first round, two point back of the leaders. They carded two birdies on Sunday to claim the victory by one point. Thomas and Alden Cook finished in second place with 48 points and Jason and Zachary Netz took home third place with 44 points.

A tradition in Florida for more than 30 years, the FSGA Parent-Child Championship includes men, women, children of all ages. Teams with children under 12 years old, play nine holes each day using modified Stableford scoring that promotes a great team atmosphere. 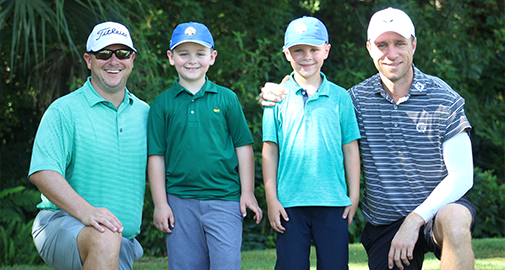 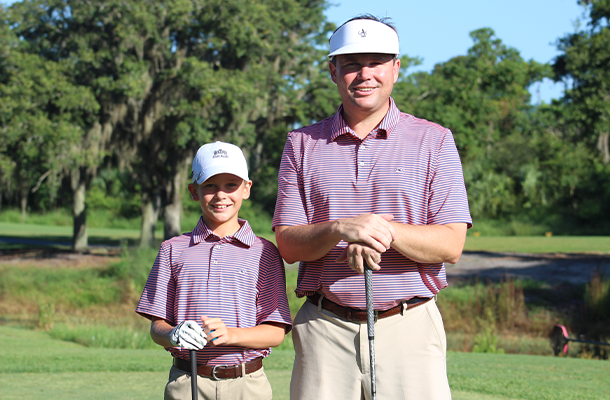 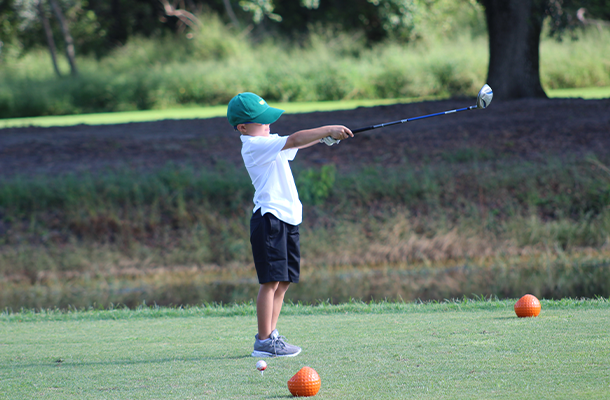 Entries will be accepted based upon the order of receipt. Entries received after the the 8:00 or 10:30 shotgun field of 22 teams each is full or after the close of entries, will be placed on an alternates list. Alternates will be contacted in the order of receipt of entry for their respective shotgun division, if and when, a spot becomes available.

Practice rounds are offered at discounted rates of $25 for adults and $10 for juniors and are available after 10:00 AM Friday - Sunday. Before 10:00 AM, the regular rate applies. Players may book practice rounds up to 7 days in advance of tee time. 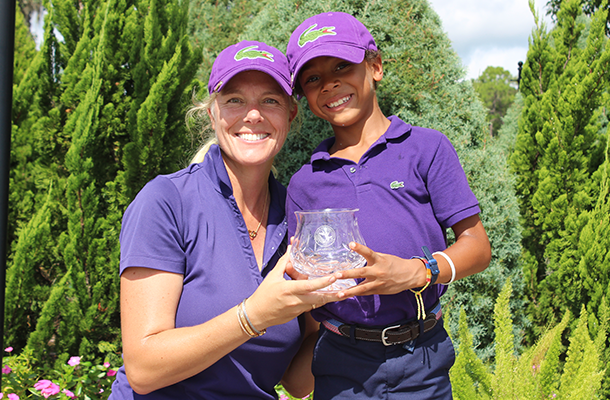 The course accept Cash, Visa, MasterCard and American Express for method of payment.