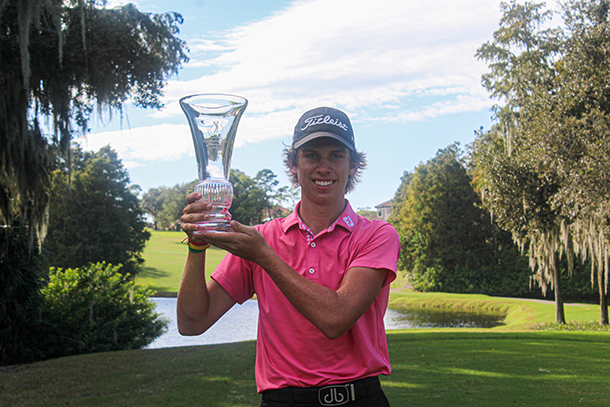 Turner survived a playoff to secure the win in the Boys 16-18 Division, carding a 1-over 217 for the two-day championship. In Saturday’s first round, the Orlando native posted a 3-over 75 to sit three shots back of the leaders heading into the second round.

He bounced back with a second-round 68 to take the 36-hole lead. Turner used a bogey-free front nine and five birdies on the day to fire the low round of the championship for the Boys 16-18 Division.

Turner, who won the Boys’ Junior 13-15 Championship title in July, got off to a quick start in the final round with a birdie on the second. He ran into some trouble on the sixth, finishing with a double bogey, and made the turn at 1-over for the day.

The 2023 graduate carded a 1-over back nine to finish the day in a tie for first place with Nicholas Prieto at 1-over 217. Prieto rolled in a birdie on the 17th to move to the top of the leaderboard with Turner. The Miami native posted a 1-under 71 in the final round, the low round of day in the Boys 16-18 Division.

Turner secured the victory with a par on the second playoff hole.

Prieto took a runner-up finish, while Xirong Cheng finished one shot back in third place at 2-over 218. Jonah Winter and Logan Hunter tied for fourth at 5-over 221. 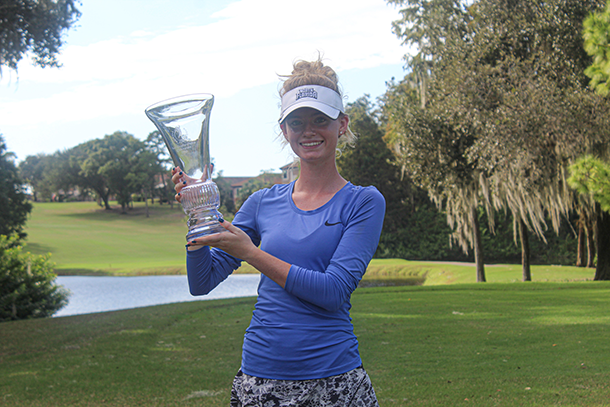 The Sarasota native began the final round with back-to-back pars, before birding two of the next three holes. Whitely made the turn at even-par for the day. She played her second nine at 1-over to finish the championship with a 1-over 73 and earn the one-shot victory.

Bridget Ma took home a second place with a 7-over 223, while Angelica Holman finished third at 12-over 228. Karoline Tuttle took fourth place at 13-over 229 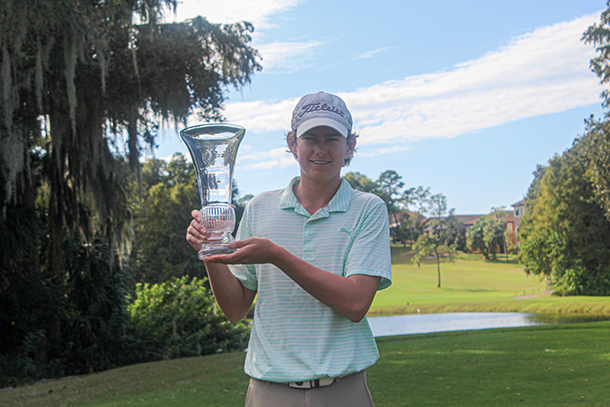 Long earned the win in the Boys 13-15 Division, carding a 7-over 223 for the championship, to pick up his second victory of the season. He began the weekend with a 2-over 74 in the first round, following it up with a second-round 72 to take the 36-hole lead.

Beginning the final round with a one-shot lead, Long carded a bogey on the front side to make the turn at 1-over for the day. He finished the day with a 3-over back nine to post a final-round 77 and secure the one-shot win.

Barry Boyi Zhang finished one shot back of Long in second place at 8-over 224. Phillip Dunham took third place at 9-over 225. The Ponte Vedra Beach native fired the low round of the championship in the Boys 13-15 Divisions, with a final-round 69. Lev Grinberg finished fourth at 10-over 226. 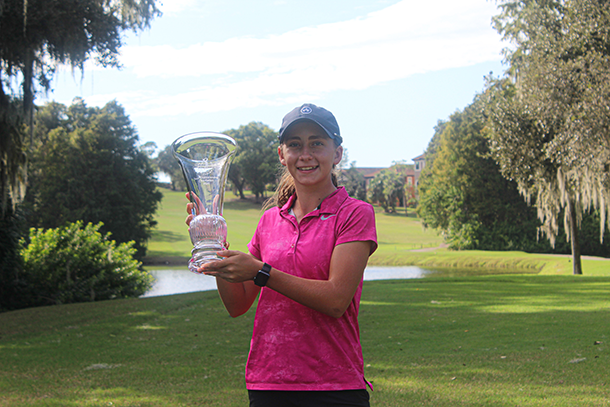 Huber picked up her third victory of the season with a win the Girls 13-15 division, posting a 3-under 213 for the championship. The Gainesville native began the week with a first-round 74 to take a share of the 18-hole lead. Huber used four birdies in the second round to card a 1-under 71 and become the solo leader heading into the final round.

She got off to a hot start in the final round with a birdie on the second, before adding back-to-back birdies on the 14th and 15th. Huber made the turn at 2-under for the day and continued the strong play on her second nine, adding three birdies.

The 2025 graduate earned the five-shot victory with a final-round 68, the low round of the championship for all division. Huber was also the only player in the field to post two under-par rounds.

Sabree Lefebvre finished second at 2-over 218, finishing the weekend with back-to-back rounds of 72. Jordan Fischer took third place at 12-over 228, while Nicole Yugay finished fourth at 17-over 233. 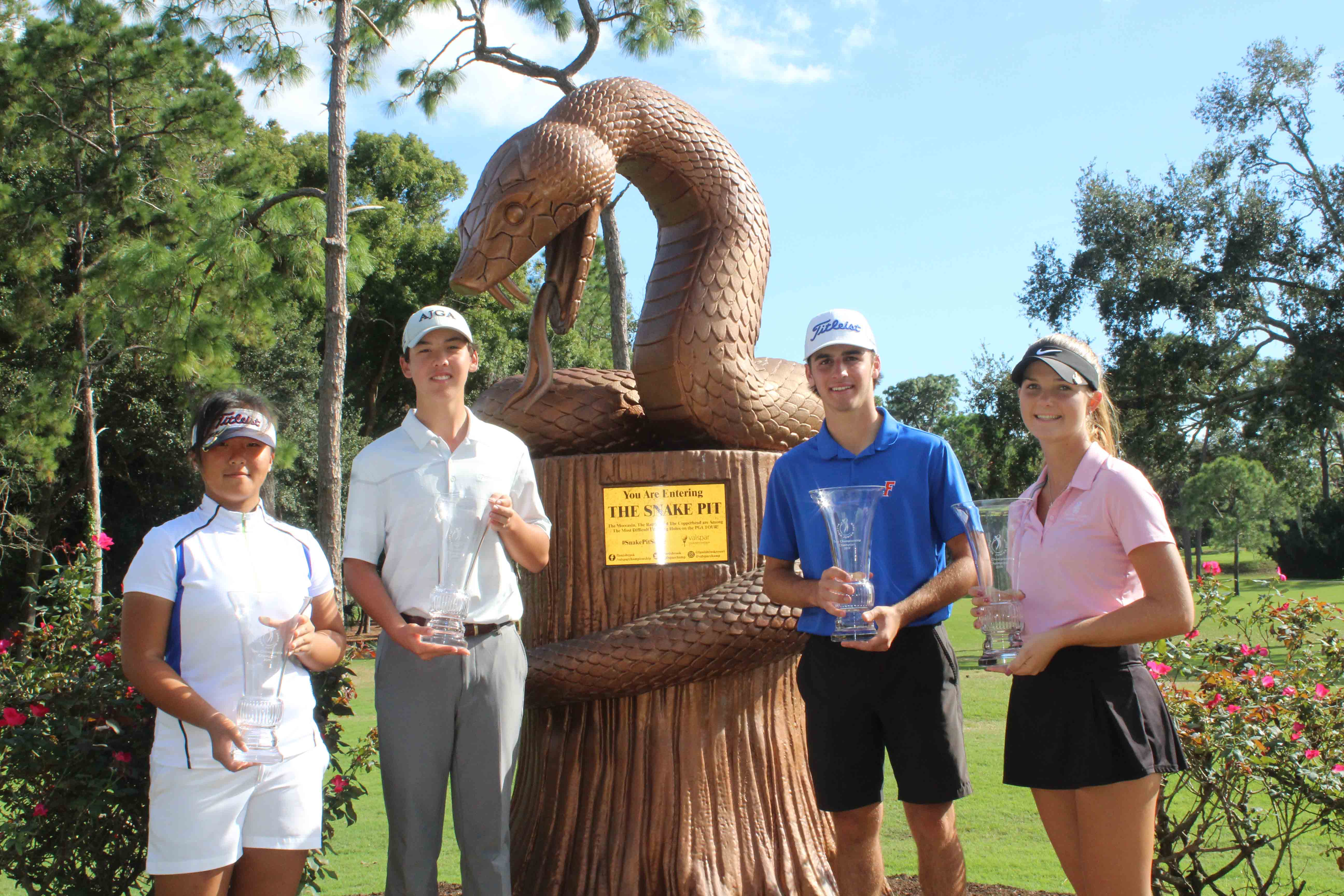 The Girls 16-18 & 13-15 age divisions will play the same set of tees and the results will be combined for AJGA and ranking websites. The divisions will stay separate for FJT purposes (FJT points, exemptions, and awards).

Practice rounds are available one week prior to the tournament on a space-available basis. Tee times are only available after 12:00 noon the weekend prior.  The price for a practice round is $45.00 + tax. Please call (727) 942-5235 to arrange your practice round. The proper place to practice your golf swing is on the driving range, hitting multiple shots on the course, not filling divots, and not repairing ball marks are unacceptable and may cause removal from the tournament without a refund.