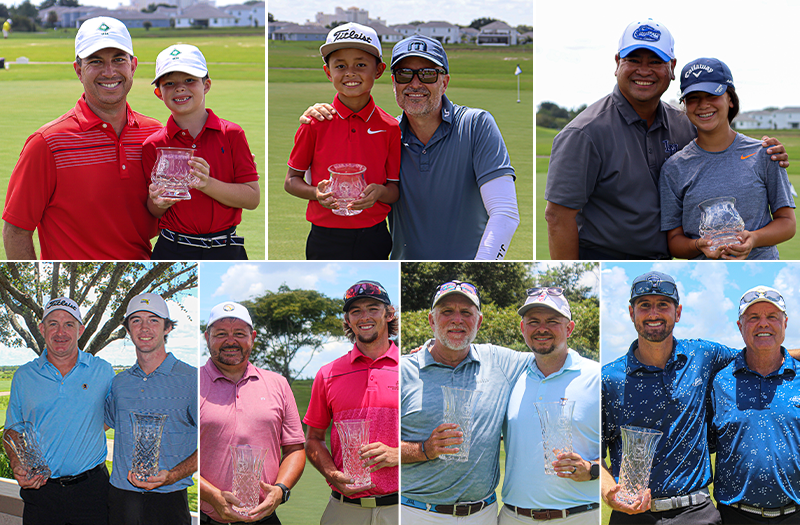 Leonard and Len Schonfeld raised the trophy in the 35 and Over Division for the fourth-straight year with a 13-under 131. The duo posted a 7-under 65 in the first round with seven birdies. They secured the seven-shot victory with a final-round 66. Mike Gardell and Mark Rutland took home a runner-up finish with a 6-under 138, while two teams finished in a tie for third at 3-under 141: Russell & Keith Barber and Andrew & Gary Saft.

Shelton and Brent Smith survived a four-hole playoff to take home the win in the 25-34 Division. The pair posted a 3-under 69 in the final round, with four birdies and an eagle, to sit in a tie at the top with Jackson and Doug Stroup at 6-under 138. The Smith team secured the victory on the fourth playoff hole. Jackson and Doug Stroup finished second, while Chase Ibbotson and Chad Ibbotson took third place at 4-under 140.

Justin and Jason Cranford were crowned champions at the Parent-Child, surviving a two-hole playoff to win the 18-24 Division. They carded a bogey-free final round with four birdies to finish the day in a tie at the top with Matthew and Todd Read at 6-under 138. The Cranford duo captured the victory on the second playoff hole. Matthew and Todd Read finished runner-up, while Ian and Robert Ball took third at 3-under 141.

Alex and Jon Veneziano used a 9-under 135 to capture the 17 and Younger Division. The pair fired a 9-under 63 in the first round, carding seven birdies and an eagle on the day. The Mount Dora natives posted a final-round 72 to take home the five-shot victory. Jake and Jim Ackerman finished second at 8-under 136, while Ethan and Jonathan Breth finished third at 7-under 137.

The nine-hole parent-child tournament was played at ChampionsGate Country Club. Using a stableford scoring method, the three divisions, 6-7, 8-9, and 10-12, competed in nine holes each day.

Marlowe and Sofia Macapagal captured the 10-12 Division with 61 total points. The duo carded two birdies in the final round to secure the championship by two points with 29 points in the final round. The Orlando natives picked up 32 points in the first round with three birdies and an eagle. Two teams finished the weekend in second place with 59 points: Seth & Colby Strickland and Pam Baker and Grant Adamczyk.

Matthew and Oliver Laverghetta used 60 points to take home the victory in the 8-9 Division. Securing the win with rounds of 31 and 29, the pair posted two birdies in the final round to finish six points ahead of the field. Drew and Sophie Downs finished second with 54 points, while Jim Byington and Alden Cook took third place with 52 points.

Trent and Benjamin Erb were victorious in the 6-7 Division with an impressive 54 points for the weekend. The team carded 29 points in the final round with three birdies to secure the eight-point victory. Lytton Perritt  and David Perritt finished runner-up with 46 points, while Rodrigo Navarro and Shana Navarro finished third with 45 points.

A tradition in Florida, and on it's 32nd year, the FSGA Parent-Child Championship includes men, women, boys and girls of all ages.  Parents and Grandparents are eligible to play with their children and grandchildren in one of the multiple age divisions, which allows everyone to participate. Teams with children older than 12, play eighteen holes each day. All ages use a Modified Alternate Shot format that promotes a great team atmosphere. 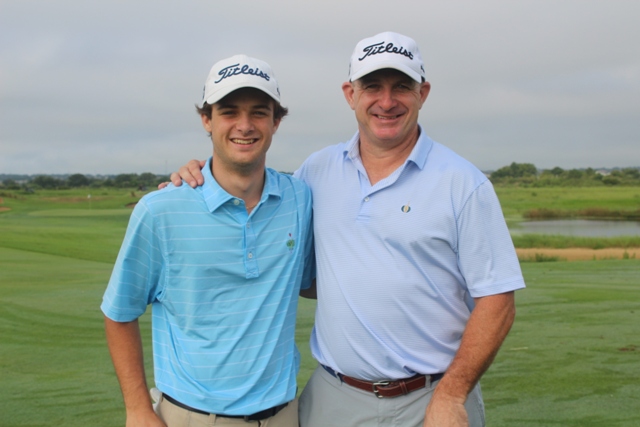 ChampionsGate Golf Club's International & National Courses will both continue to be in the 2022 rotation. The newly renovated International Course, is a beautifully styled coastal links course, which was remodeled to feel more like it's original design. The National Course is set up for players of all skill levels, as it offers scenic views, clever doglegs, and well maintained greens year round. Both courses being designed by Greg Norman, will provide golfers with a fun and great experience at the course.

Orange County National - Panther Lake Course will remain in the course rotation for 2022 and the Crooked Cat Course will join the rotation this year.  The courses offer elevation changes, rolling fairways and large greens.  Both courses offer different visuals and will test your game in different ways along with providing a fun and inviting experience.

Providence Golf Club is new to the rotation for 2022. The Mike Dasher design will challenge all parts of players game, as it winds through Florida wetlands and ancient hardwoods. The courses undulating greens put a value on approach shots. 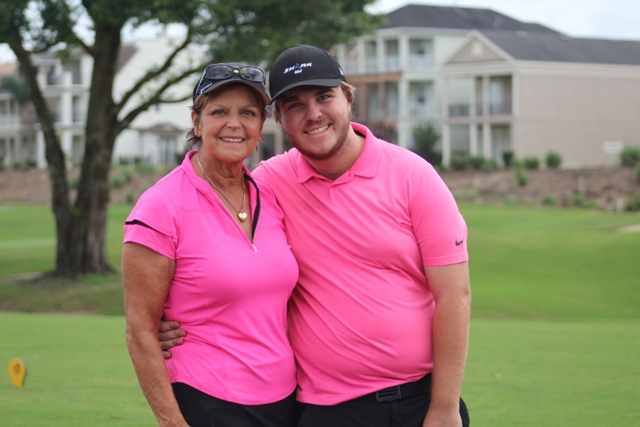 Age Divisions are based on child's age as of the last day of the Championship.

ChampionsGate Golf Club's International & National Courses - available at the discounted rate of $45 plus tax per player one week prior to the event and after 10:00 AM the weekend prior on a space available basis. Call 407-787-4653 to reserve a tee time.

Orange County National - Panther Lake & Crooked Cat Courses - available at the discounted rate of $45 plus tax per player one week prior to the event and after 10:00 AM the weekend prior on a space available basis. Please call 407-656-2626 to reserve a tee time.

Providence Golf Club - available at the discounted rate of $45 plus tax per player one week prior to the event and after 10:00 AM the weekend prior on a space available basis. Please call 863-424-7916 to reserve a tee time.

Spectator carts may be rented on the day of the competition, based on availability on a first-come first-served basis, at all courses for $25 plus tax per day per cart.

The courses accept Cash, Visa/MasterCard and American Express for methods of payment.