Red numbers claimed first place at the last Four-Ball Winter Series event hosted by Hunters Green Country Club in Tampa. A first round of four under-par 68 sealed the victory for Tampa natives, Kevin Dutkowsky and Paul Royak in the Mid-Amateur Division. The team remained at four under-par, after an even par second round, earning a five stroke win with a 140 total. Finishing in second place was the duo of Charles Alexander, of Wesley Chapel, and Jaime Girardi, of New Port Richey, with consistent rounds of 72-73—145 (+1).


Two impressive rounds from Jimmy Jones and Earl Lanoue gave the team a wire to wire victory in the Senior Division. Jones and Lanoue, both Tampa natives, won by five strokes with a seven under-par total of 137 (69-68). Three teams finished in second place at two under-par 142 including, Jack Hannon/Tom Johnson, Richard Kerper/Mike Walters, and Bill Barnes/ Rokki Rogan. The duo of Hannon and Johnson tied the winning team after round one with a 69 but fell to second place with a day two score of one over-par. Rounds of 75-72 for a three over-par 147 crowned Walter Himelsbaugh and teammate Fred Stones First Flight winners. An exciting playoff finish named the team of Pete Andrews and Jerry Young Super-Senior Champions. Andrews, of Lithia, and Young, of New Port Richey, tied the team of Jim Stone and Carey Watson after two rounds. The teams both posted rounds of 71-70 over the two days to finish at three under-par 141. The teams went to the tenth hole for a sudden death playoff where Jerry Young carded a birdie to take first place outright with Pete Andrews. Stone, of Bradenton, and Watson, of Plantation, finished in second place followed by the team of Bobby Lundquist/Kim Schwencke in third. A one stroke victory was won in the First Flight by teammates Wayne Sanders and T P Tunstall. The duo carded rounds of 77-78 for a 155 total.


The next Winter Series stop is ChampionsGate Country Club on February 11-12. The series will conclude at Lakewood National Golf Club the last week of February, 26-27. 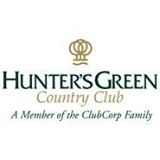 Four-Ball Event - Gross Only (No Handicaps)

Entries are open to male amateur golfers who are age 25 or older as of February 27, 2018 and a Regular or Foundation Member of the FSGA. There are three age divisions; Mid-Amateur (25-54), Senior (55-64) and Super-Senior (65 & above). A player and his partner can be of any age, but the team will compete in the division of the youngest player's age as of February 27, 2018. Points earned by each competitor will remain in their actual age group. Both team members must play from the same tee.