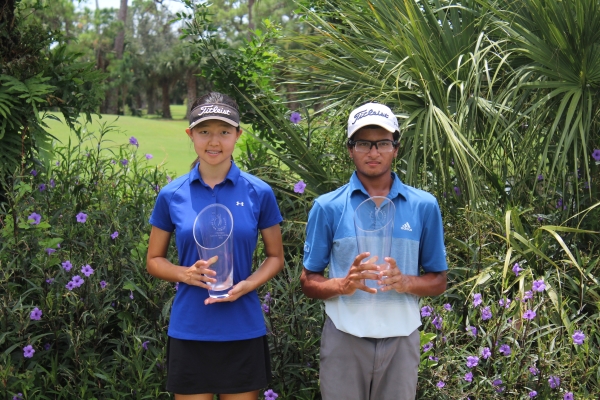 Jake Ackerman took the early lead after carding five birdies en route to a one under-par 70  in round one. Ackerman, of Riverview, opened round two with a bogey but quickly steadied the ship with an eagle on the par-5 4th hole. Finishing the front-nine with a bogey, Ackerman remained in the lead by two-strokes over the charging Clark Mason and Clipper Salmon. Mason carded all pars on the front-nine while Salmon turned at one under-par.

The final nine holes saw the top of the leaderboard stumble through the opening stretch, allowing Henry Robards, of Jacksonville, to climb to the top. Robards birdied holes 11, 13, and 14 to take a two-stroke lead heading into the home stretch. Melbourne resident, Asher Joseph, played a steady round of golf to propel up the leaderboard. Joseph was one over-par leading into the last five holes. Robards carded a bogey on the 17th hole while Joseph sunk his birdie putt. Joseph moved into first place by two-strokes with one hole left to play. A par from Joseph secured his victory with a final round even par score and 144 total. Joseph raised his third FJT trophy after overcoming a three-stroke deficit and tough competition. Mason, Robards, and Ackerman tied for second, one-stroke back.

Five birdies in round one gave Sophia Dyer, of Saint Petersburg, the lead with an impressive two under-par 69. Following close behind in second place finished Orlando native, Junyuan Zhang, at one under-par 70.

Round two saw Zhang move into first place after turning at one over-par. Chloe Chang, of Sarasota, and Morgan Pichler followed close behind tied for second. Excitement came from Madison Lowenstein as she made the turn in her final round with a hole-out eagle on the par-4 18th hole, her 9th of the day. Zhang followed up a double-bogey on the 12th hole with two birdies on the finishing holes to capture the win by three strokes. This marked a second victory in three weeks for Zhang as she finished with a one over-par 72 and even par 142 total. Chang and Pichler remained tied for second, three-strokes back. 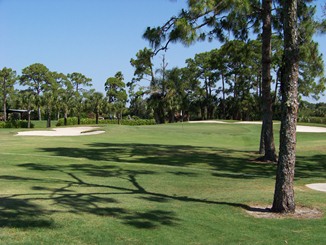 7:30 AM - 9:27 AM - Round two tee times off of the 1st and 10th tees
Awards presentation immediately following the completion of play

Practice rounds are available one week prior to the tournament on a space-available basis. Tee times are only available after 12:00 noon the weekend prior.  The price for a practice round is $30.00 +tax. Please call 941-697-3729 to arrange your practice round. The proper place to practice your golf swing is on the driving range, hitting multiple shots on the course, not filling divots, and not repairing ball marks are unacceptable and may cause removal from the tournament without a refund.